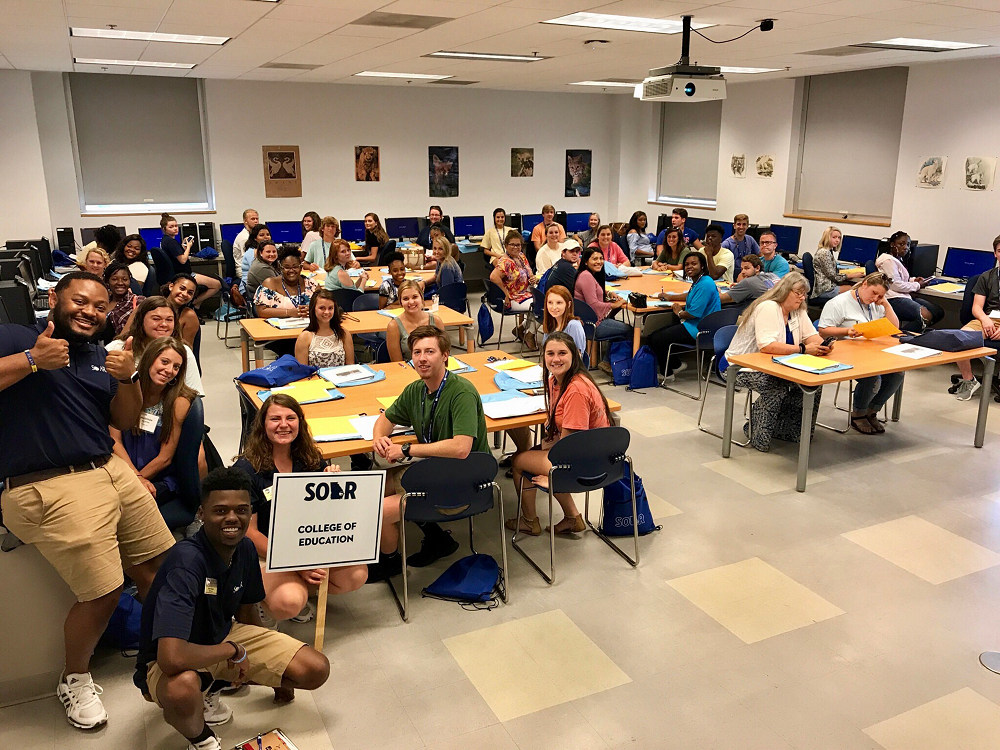 Pictured above is the SOAR session hosted June 23 for transfer students.

The largest group of transfer students that the College has seen since 2010, COE’s Student Success Center Director, Chris Thompson, says that recruiting the transfer population takes steady years of work.

“The groundwork was laid a few years ago for recruiting and working with transfer students, and we have continued to build on that foundation,” Thompson said. “It is really starting to show some payoff, as our transfer numbers grew over 50% from 2016 to 2017.”

Orientation sessions, called SOAR (Southern’s Orientation, Advisement and Registration), are the next step for students who have been accepted and plan to attend Georgia Southern. While at orientation, students are provided with a wealth of information about the University–from meal plans to student organization–as well as details about their chosen majors and courses they will need to enroll in for their first semester. Each year, Georgia Southern hosts 13 SOAR sessions, including two specific sessions for transfer students.

So far, the College of Education advisors have hosted 156 students at orientation sessions this year.

“The advisors have worked very hard this summer to provide good quality SOAR sessions for the students,” Thompson said. “Hats off to Alexis Cunliffe, Brooke Slone, Earnestine Burns, Kristin Mock and Lisa Leach for all of their hard work.”

With six SOAR sessions remaining for the year, Thompson said the numbers for incoming students in 2017 is anticipated to exceed 200.