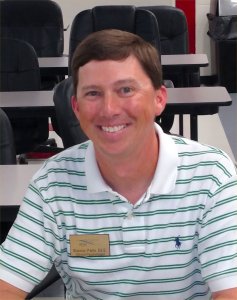 On July 1, College of Education alumnus Brannon Parks (‘05,’07) began serving as president of the Georgia Association of School Psychologists (GASP).

A graduate of the master’s and specialist school psychology degree programs at Georgia Southern University, Parks is employed as a school psychologist at Chattahoochee-Flint RESA.

While in graduate school, Parks was the University’s student representative on the GASP executive board and has had an active role on the board since his graduation, serving in multiple capacities including secretary, region 8 representative, Professional Association of Georgia Educators (PAGE) liaison, chair of the GASP scholarship committee and legislation chairperson.

Parks and his wife, Ashlee, live in Americus, GA with their son, Eli, who is five-years old.