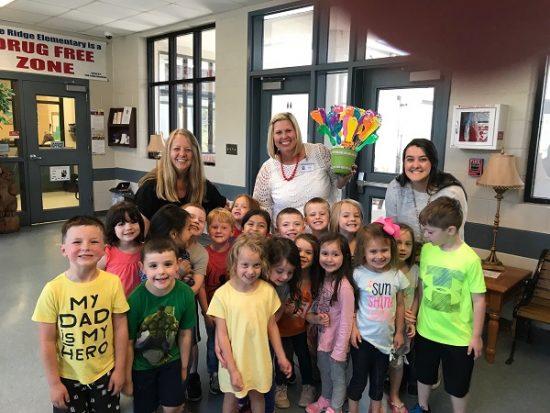 In education, everything doesn’t always go as planned. After 10 years as a middle school educator, April Hodges, Ed.D., originally thought she would work with curriculum once she left the classroom. However, her first position as an assistant principal changed the direction of her future, guiding her to administration.

“I thought the first job I got as an assistant principal would be a stepping stone into a curriculum position, but when I got into the job I really liked it,” Hodges said. “I liked working with the students and their families, and my ambitions melded into something else.”

After serving as an assistant principal for five years, Hodges earned a position as principal. After her first year as principal, she began working to earn a doctorate in educational leadership from Georgia Southern University. Before even beginning the Doctor of Education program, Hodges already knew what topic she wanted to research for her dissertation.

Hodges did not feel completely prepared to take on the role of principal when she started.

The research showed that most administrators felt the same way Hodges did about her own experience. The best way, according to the research, to prepare individuals to be principal was job-embedded exposure to principal responsibilities.

She found that it is better if assistant principals are not isolated into specific tasks but are instead allowed to take charge of certain roles and responsibilities that the principal manages. Then assistant principals can develop a well-rounded knowledge and application of both roles.

After 10 years of experience as principal, Hodges has had four assistant principals move on to principal and board office positions. Hodges said that since beginning her dissertation research, she has incorporated her findings with people she has worked with. She has also had the opportunity to share her research with some district level peers in Fannin County, Georgia, where she now serves as principal of Blue Ridge Elementary School.

Hodges continues to engage in active conversation about her research and preparing school leaders via Twitter and hopes to formalize the information to present to additional groups and districts in the future. She said the Doctor of Education in educational leadership program gave her the confidence to better develop her professional habits and day-to-day routine.

“I love Georgia Southern,” Hodges said. “And the professors in the (educational leadership) program push you, provide really good guidance and want to see you succeed.”