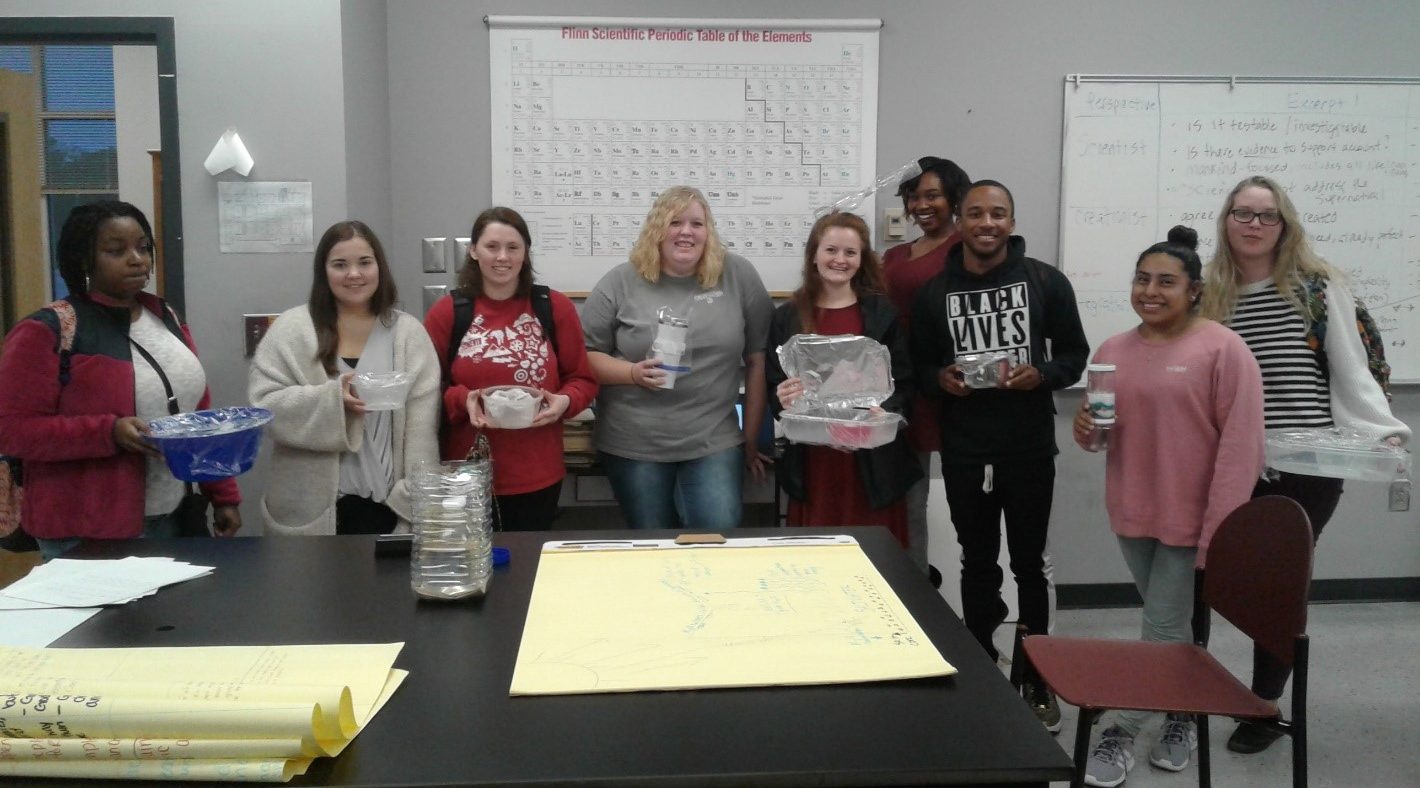 In becoming effective educators of science, Georgia Southern University College of Education pre-service teachers often complete science projects that they can use to engage their future students in their own classrooms.

In fall 2018, David Owens, Ph.D., assistant professor of STEM education on the Armstrong Campus, challenged his students in ISCI 2002: Teaching and Learning Physical Science course for elementary pre-service teachers to design and construct a desalination unit–a device that transforms salt water into drinking water, for residents of a third world, coastal community who lack resources to freshwater or electricity.

Designs were judged based on the following criteria: cost efficiency, performance, effectiveness and availability of construction materials to residents of the third world.

The highlighted design enabled residents to take advantage of any clear container to access freshwater. Filling the container half-full of salt water and then placing a smaller cup inside of that container, the students’ then covered the larger container with a thin plastic film and placed a small weight in the center of the film. The design used solar energy to evaporate the salt water, which would rise and condense as freshwater droplets that would then fall into the smaller cup inside as drinkable water.

“The students appreciated the simplicity of this design, but you have to be patient to receive freshwater this way,” Owens said.

Additional designs included a similar construction utilizing solar energy with an empty water jug and mayonnaise jar while other units chose to utilize a wood fire and metal pot for a quicker desalination process. These units, however, relied on the renewability of combustible materials such as wood.

“The activity served as an engaging way for students to put their understanding of energy transformation and changes the state of water undergoes to engineer a simple desalination unit that would function in areas of high need,” Owens said.